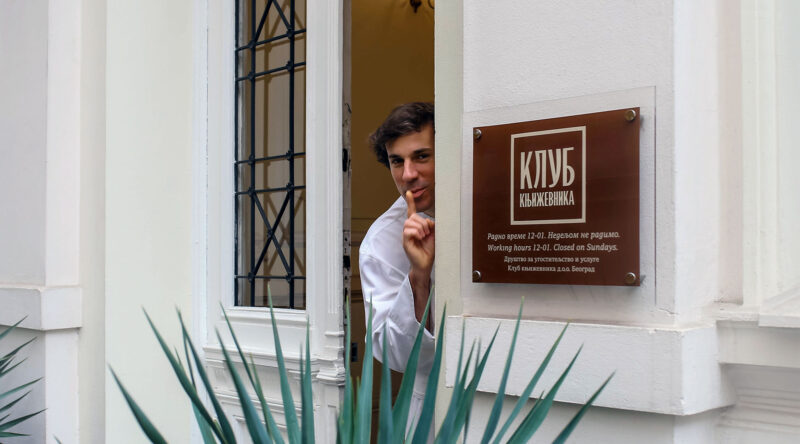 ALPHA and OMEGA OF OUR KITCHEN

Born and raised in Belgrade, Branko had an exciting childhood. In his sophomore year he was expelled from high school, and chose to follow his passion by enrolling in a Culinary Arts program at the School for Tourism and Hospitality in Belgrade.

His career began at age 16 – while still a student he spent three years as an apprentice to Chef Stambol Geshtamov.

His training was completed under the tutelage of Chef Adams Melonas at the ShangriLa Hotel in Dubai. He then moved to restaurant Le Carpaccio where he spent three years as an apprentice to Chef Jovan Lekić. His career then took him to Hotel President for another two and a half years, before moving to the newly opened Square Nine Hotel in Belgrade where he worked with Chef Goran Kovačević.

In an effort to learn the secrets of a Triple Michelin Star Chef he moved again to Dubai to work with Chef Pierre Gagnaire at the Reflets par Pierre Gagnaire restaurant. He spent almost three years as Chef Tournant under the direct tutelage of the late Chef Olivier Bile and Chef Xavier Simon. He describes this time of his life as “feeling like Charlie in Willy Wonka’s Chocolate Factory.”

Feeling that he has learned enough and that his time has come to share the knowledge, Branko moved back to Belgrade’s Square Nine Hotel – this time as the Head Chef.

After three years at Square Nine he accepted the offer of MK Group as the corporate Chef in charge of kitchens of seven hotels in the region, including Kempinski Savudria, Kempinski Portorođ, Sheraton Novi Sad and Marriott Banja Luka…). He worked closely with Nikola Avram, director of the hotel division, who had a great influence on his perspective of the restaurant business and inspires him to think broader and more creatively about running a business of his own.

With a burning desire to get back into the kitchen and leave his mark on the gourmet scene of Belgrade, Branko decided in the fall of 2019. to start a new phase of his life by taking over Klub Književnika. He is determined to bring old guests of the Club into a new era, introduce a new generation of restaurant-goers to the new Klub Književnika, and write a new chapter in the history of the Club and the city. 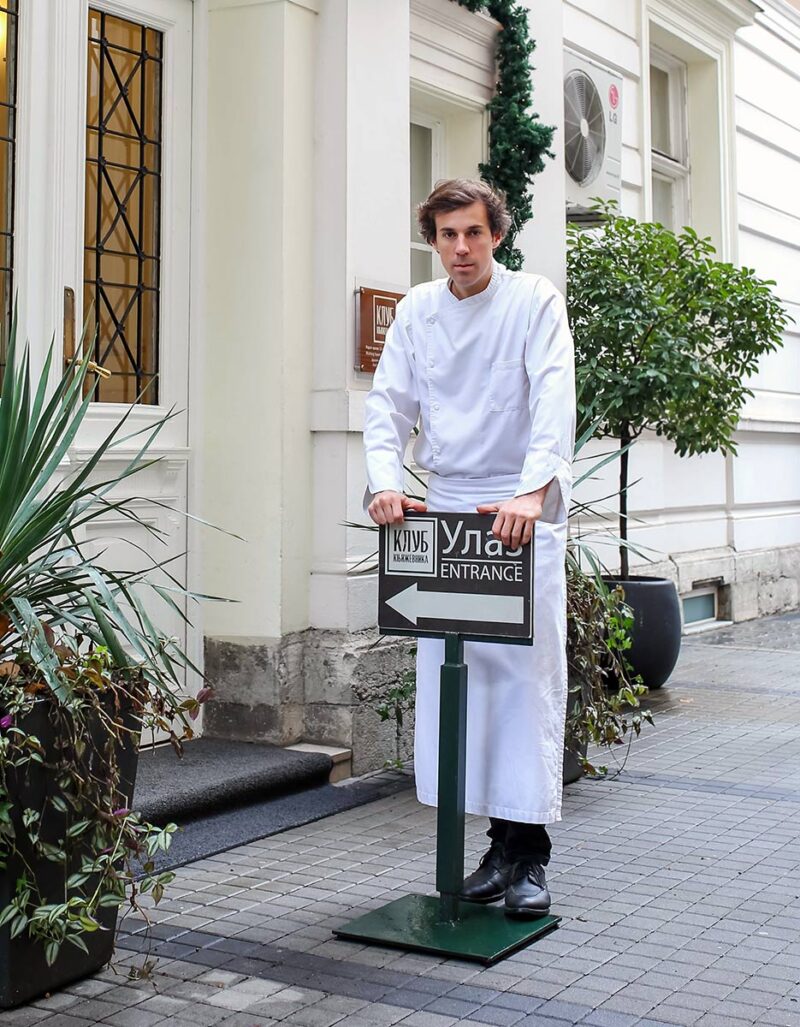 Something more about us